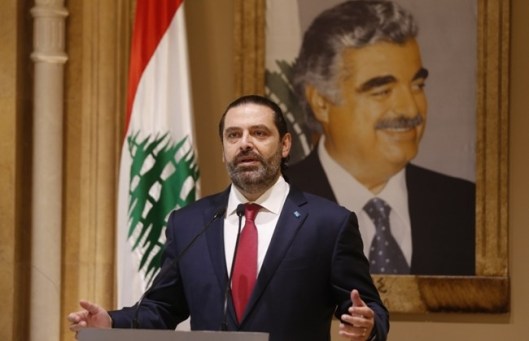 Saad Hariri (our PM) finally resigned after 13 days because of pressure from the street. He supposedly offered to reshuffle the cabinet, with a recommendation to remove Gebran Bassil (Aoun’s son in law and the Minister of Foreign Affairs, a.k.a. Hela Hela Ho) but was essentially told it was a red line; thus the resignation. There are also rumors that MBS in Saudi forced Hariri’s hand and asked him to resign, although it’s unclear how true that is.

My understanding of what happens next according to our Constitution is that:

1) Our President (Michel Aoun) will accept Hariri’s resignation. Contrary to what people are suggesting online, Aoun doesn’t really have a choice to reject it; he will accept it per formality. The situation in 2017 when Hariri was kidnapped and beaten by the Saudi regime and resigned from Riyadh was different because it was under duress and therefore his resignation was rejected.

2) Aoun will then consult with parliament and then appoint a new Prime Minister.

3) The new PM will be responsible for putting together a new cabinet.

However, this whole process could take forever, and there are many outstanding questions:

1) Who will Aoun appoint as PM? All the “big names” (like Miqati, our former PM) are tainted by corruption and would surely be unacceptable to the protesters.

2) If they do find a PM, what will the cabinet look like? What names would be acceptable? Will this, at the end of the day, be a cosmetic exercise in musical chairs?

3) Will fresh Parliamentary elections eventually be called? If so, based on what electoral law?

4) How badly will the economy deteriorate in the meantime? There could be a serious currency crisis that could devalue the lira vs the dollar, and/or debt crisis on the horizon.

5) How will the Lebanese street react to all of this? One of the clearest demands of the uprising has been to get rid of the entire political class.

6) How will Hizballah react to this? Nasrallah is giving a speech on Friday, so TBD.

Finally, one note of caution regarding the unity of the uprising. There exists a counter-revolutionary current (see previous post) that could threaten the uprising. In fact, one of the threats to the protest movement at this point is a hijacking or a co-opting of the movement by “March 14”, with the resulting politicization of the uprising into the old March 14 vs March 8 camp, or alternatively, the development of a “Revolution vs Resistance” narrative by the pro-Hizballah camp that portrays the uprising in nefarious terms (with accusations of foreign funding etc; see previous post for more detailed discussion).

The protesters so far have been incredible and they’ve already accomplished so much. Here’s hoping that they remain united, steadfast and independent in pushing for their vision of a new Lebanon, free of the old and corrupt political class that has completely destroyed the country. We are with you!